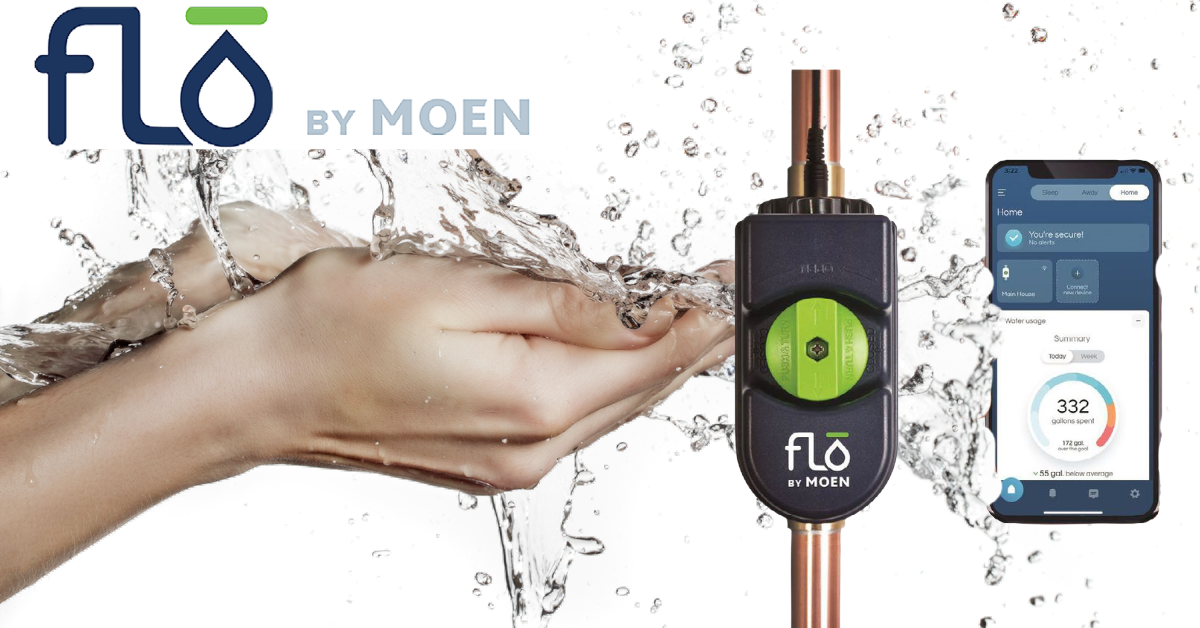 We’ve probably mentioned it one or two times on our website, but it’s a statement that bears repeating. Every year, the number one claim against homeowner’s insurance policies is water damage caused by leaks. The most common sources of catastrophic water leaks are ruptured water heater tanks, which store up to seventy gallons of water, and water supply lines that can deliver twenty gallons every minute. It’s hard to emphasize just how quickly water damage can happen when severe leaks occur, and it’s crucial to be able to stop the flow of water into your home as soon as a leak is detected.

Water leaks are timid creatures, usually appearing in the middle of the night or while you’re away on vacation. It doesn’t take a lot of time to cause extensive damage to occur in floors, walls, ceilings, concrete slab foundations, and even landscaping. Quite often, the cost of repairing the water damage far exceeds the plumbing work required to fix the source of the leak. What’s worse is that a homeowner finds out too late that their insurance policy won’t cover damages caused by negligence in many cases. That negligence is never deliberate; it’s usually the result of a lack of maintenance or just overlooking some basic warning signs.

What if there was a way to both monitor and control the flow of water in your home from anywhere with a smartphone or tablet? There is a way, and that way is the Flo® Water Leak Detection System by Moen.

While there have been many advances in the residential plumbing industry, few have been as innovative as the FLO Water Leak Detection System by Moen. Described by the manufacturer as “Intelligent Leak Detection,” the FLO system provides 24-hour-a-day monitoring of the water usage in your home that can analyze and interpret data to detect leaks as small as one drip per minute.

If a leak is detected, the FLO Smart Water Shutoff valve automatically turns the water off at the point where the supply line enters the home, preventing structural damage and minimizing the loss of any personal property.

Sounds Great, But How Does FLO® by Moen Work?

FLO® by Moen employs a proprietary artificial intelligence product called FloSense™, which learns the water use patterns in your home and generates warnings when excessive water flow is detected. When used in conjunction with the FloSense™ app to provide feedback on your water usage, FLO can provide real-time status updates and perform daily “health checks” of your plumbing system.

At the point where your city or well water supply is brought into your home, a FLO® Smart Water Shutoff valve is installed. This electrically powered, motorized water valve also contains an onboard computer to monitor water pressure, flow rate, and surrounding air temperatures. All data collected by the valve’s computer is uploaded via Wi-Fi connection to the FloSense app, analyzed, and displayed on your device of choice.

Does FLO® by Moen Only Monitor for Water Line Leaks?

On its own, the FLO® by Moen Smart Water Shutoff valve provides greater peace of mind when worrying about water leaks. Once the FLO® system learns your specific water use footprint, it will begin to monitor the amount of water used each day and at what specific times the water is in use. High water use events like topping off a swimming pool or washing a car will likely cause the Smart Water Shutoff Valve to cut off the home’s water supply.

What About Leaks from Non-Pressurized Water Sources?

In addition to monitoring water pressure to ensure early leak discovery within a water line, your FLO® by Moen Water Leak Detection System also provides compatible moisture detectors. Much like the smoke detectors we all have in our homes, these small round discs are equipped with moisture and humidity sensors to alert the homeowner to leaks or areas where excessive condensation has built up.

The FLO® by Moen Smart Water Detectors can be placed under sinks inside cabinets, beneath toilet tanks, near water heaters, or anywhere else a leak or moisture is likely to occur. Leak sensing cable of various lengths are available for hard-to-see areas beneath and behind appliances, and all these peripherals are battery powered for convenience.

Like how this sounds? Ready to bring your home straight into twenty-first-century convenience and the ultimate plumbing technology? Give Nick’s Plumbing and Air Conditioning a call today to set up an appointment to see how you and your family can benefit from installing a new FLO® by Moen Water Leak Detection System.

Approx: $300
Pricing quoted is not the final cost