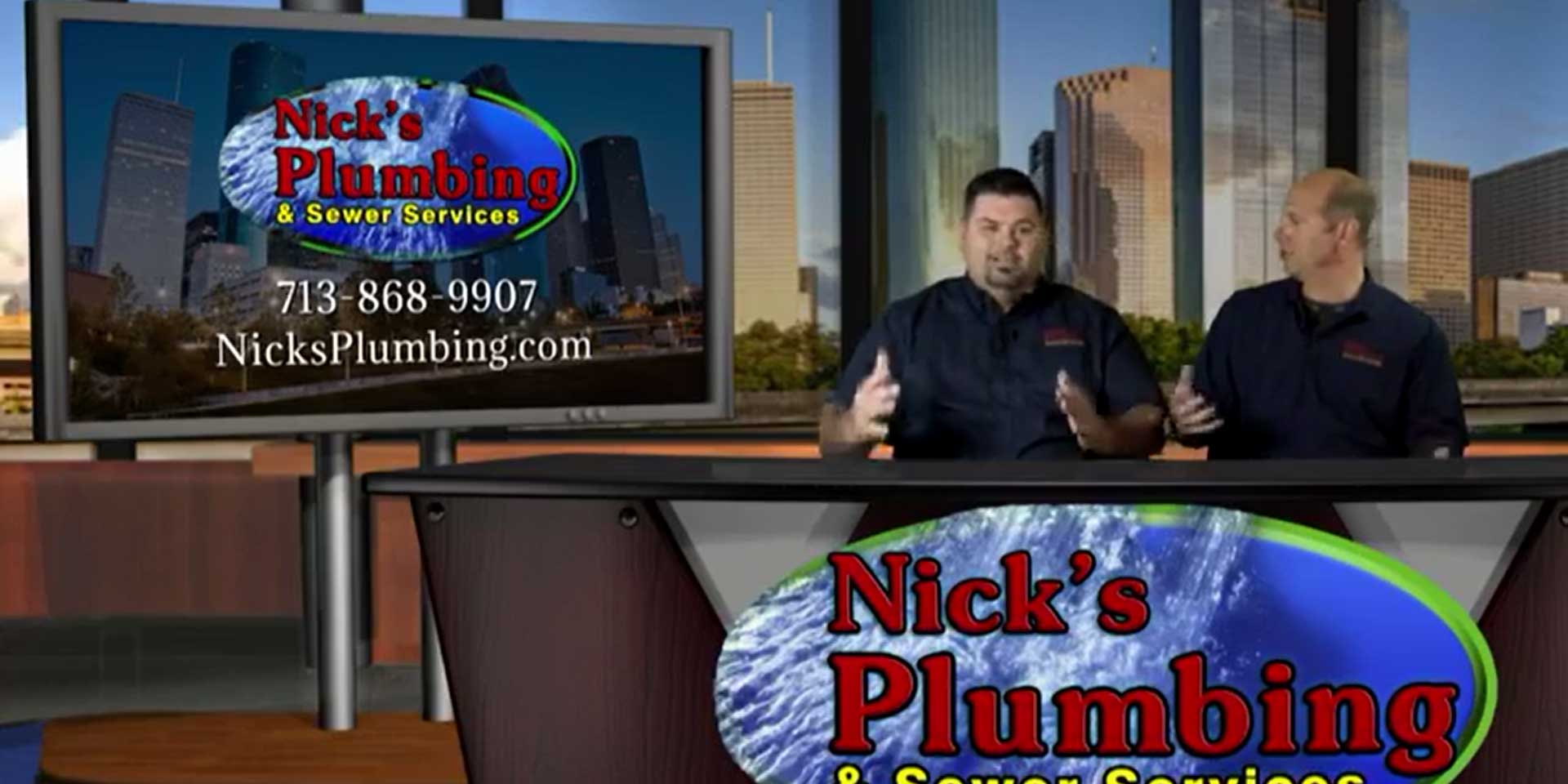 What is a Plumbing Snake? | What is a Drain Snake?

Plumbing, snake. What is a drain snake?

Richard Saad. John Eccles. What’s the difference? Essentially those are the exact same thing. So when you guys are looking, what is a plumbing snake or what is a drain snake? You’re looking for the same thing. Now within those two categories being that they are the same, right there are approximate seven, approximately six different, uh, augers, let’s call them that we use to get you unstopped. It goes all the way from a hand driven to motor operated. So there is a big difference between, okay, our toilet is stopped up and it’s right there in the toilet. Those are going to be hand driven. Once it goes outside of the toilet, it gets into the actual plumbing system. Those are going to be motor driven and you’re going to find cables from quarter inch all the way up to just shy of one inch. So how do you know which one to use John as a homeowner as well as a homeowner, you’re not going to know what 20 years you’re going to need to call it professional, but I want to go rent one.

There’s so many variables that go into it. I think that makes it very hard for a homeowner to know. Hopefully if it’s. If it’s right in front of you, you might build a luck out, but I think would you agree that it’s. It’s a. You might look like it’s this particular thing that’s stopped up and it ends up being something way down the line are totally different and and saying that given that all of our plumbing is covered, you can’t see anything. It’s in a pipe. Where is it? How far is it? How do you get to it? Those are all factors of what piece of equipment, whether it be handwritten or motor driven that you use. Now I’ve seen a lot of people rent things and we’d come behind them and they have actually rented the wrong machine. They’ve torn the machine up and now they’re having to pay for the machine.

Now this is what they don’t tell you. When you go rent the equipment that you are 100 percent responsible for that piece of equipment. You think you can just walk away. Oh, I tore it up and you can just go drop it off. It doesn’t work like that. You have to pay for what you tore up and then people get all angry and then you get a phone call into the office. So I’ve just paid all of this money and other than that, well, okay, you’re going to have to pay again because you got to get unstuck. And the only way to get unstuck is if we come get you unstuck. Unfortunately, you should not a. well, I shouldn’t say unfortunately unfortunate that the machine got torn up, but you still need to be unstuck and that costs money. It does. So let’s talk about that John, let’s talk about the factors and how do you, how do we price this?

So how do you deliver this service when, when all the piping is covered up, we can’t see it. We don’t know where the stoppages APP. Um, but we’ve got years of experience to know kind of where that is located, even though it’s covered up. So shoot. So when we’re talking about price on these jobs and this, it’s a normal phone call that we get numerous times a week. Hey, what does it cost? Unstopped, whatever stopped up, you name it. Tub, totally kitchen saying mainline hayseed adrenaline. You pick it. We’ve heard it. What’s it cost? It’s extremely hard to tell us in. Richard’s kind of touched on it already. The things that we’re going to try to figure out is, okay, what exactly is stopped up? What’s the cause of the stoppage? Where’s it being effective, affected? Where are we going to have to access that line from?

And what machine are we going to have to use to do that? Now again, this is everything being covered up. Well, how do you do it? Well, we have over 8,000 hours of training, at least with every one of these guys. They’ve seen it time and time again. Um, you know, and so this is their field of expertise. This is their chosen field or profession. So they, they know a through training where it is now. Once we discover all those things, you know, hey, we got to cut into the wall. Hey, we have to go through your house. I clean out. Once we determine, then the pricing is very simple. That’s why you know, I, I can’t speak for everybody, but next plumbing, we give you a diagnosis. We come out visually inspect everything, we’re going to check it out. It’s on your costs, you anything so that we can determine those things before giving you a price and once we determine exactly what it’s going to take, we give you an upfront price and whatever it’s going to take to fix it.

And then we’ll go from there. And then the bad thing is, is even once all this is done, remember it’s still covered up. Let’s just say we try to stop it and then you have a bigger issue. Well that’s a whole nother thing, right? That’s when we get into the camera inspections and some of the things. Sometimes those drains snakes will do exactly what they’re supposed to do and it’s a soft stoppage. Sometimes the plumbing system as a bigger problem, that drain snake just can’t handle it because it might be a broken pipe, tree roots, you know that we can pull out some of them depending on the intrusion of misaligned the pipe from years of settling. There’s all sorts of things that go wrong will go wrong in the plumbing industry, but you know, until you know a what you’re going to use, what exactly stopped up, what’s what’s creating that stoppage and where you’re going to access it.

It’s very hard for us to put a price on it and I know that you guys want a price on that and I don’t blame you, you, you guys call the time and say, hey, how much does it drain? Snake? Given what John said, it’s, it’s, it’s an access, what size, how do we do it and what’s it going to take? Absolutely, and there’s no way for us to know that over the phone you will get some companies that will price you out and then they’ll get there and they won’t be able to perform the service. Like you’re hoping that what happened and it’s gonna leave a bad taste in your mouth. So we do have starting prices that we can tell you that, hey, it’s going to start here, but given all the machine, um, you just don’t know and the way and from what you’re describing will impact the decision.

The person on the phone at my office or our office will tell you absolutely starting price is going to be now on these drains snakes and on these different size cables, all of this equipment costs different. So you’re looking at the impact of cost of equipment. You’re looking at the impact of cost of overhead for the office. You’re looking at overhead factors for a vehicle, one or two people in that vehicle and it’s basically a rolling warehouse. Right? So all of those add up and it’s not cheap. And we get a lot of phone calls saying, Oh, 100 bucks, 200 bucks. Well you need to set your expectations a little bit higher than that when you have some sort of a stoppage. Yeah. Depending on what it is. Absolutely. No, you said something that I was going to chime in. You know, you know what are starting prices?

What? Zero. We come out for a cost evaluation. We started zero, right? We want to. We want to make sure we’re giving you accurate information. I talked to a guy this morning called in one at a price and I said, look, I would love to give you one, but here’s the thing. Push you too high. You’re going to hang up on me right away because I don’t know what I’m getting into ply shoot too low. You’re going to be mad at me when I get there and I’d try to correct it so it’s a lose lose for us. Really a when we’re trying to do that. So again, don’t, don’t take it that we don’t want to give you a price or we’re trying to shortcut you. We want to give you accurate information that you can make a decision on way too many variables to actually give you an accurate cost structure.

Absolutely. That’s the bottom line. So how do you know when you need it? It’s a good question. How do you, how do you know? Well, in saying that when something is stopped up and we went through, you know, you got your kitchen sink, your laboratories, your toilets. Is that the whole bathroom that you know, is stuff coming up in the bathtub, is stuff coming up in the shower? Um, things aren’t moving the way they should. That’s how you know to call us. That’s right. Or we have a lot of phone calls during the summer where a lavatory is automatically filling up with water. How does that happen? I didn’t even use it. I don’t even use it. Has that happened? And water’s just coming up in the lavatory. You have an AC stoppage. That’s a big. That’s what that means as a particular one. That’s a very popular.

Especially during the summertime. Yeah. My house is guilty of. My house is guilty twice a year. Mine is to AC stoppages. When you’re running that AC, it is exhausting the condensated water or delivering, let’s say the condensate and water to the laboratory because that’s where that drain is plugged into. Right. Most of the time is that lavatory. So it’s producing algae and some other stuff that’s coming down. It’ll get into our plumbing system. Eventually it stops up the plumbing system and then that’s when you start getting a lavatory filling up with water. Yeah. So it can’t go that you’re not putting in that condensation. Water can no longer go down the line. So it backs up through the p trap up in your lavatory and that’s when you know to call us immediately. Yeah. And a good indication. I always tell customers when they see that is there, like all my scenes got water in it. Is it cold? It’s freezing. So your AC law for sure. Exactly right. Uh, thank you for watching. We appreciate that. Any questions, concerns? Always call the office. We’re always here to answer questions. We don’t care if you’ve used us or not used us. Give us a call. Absolutely. 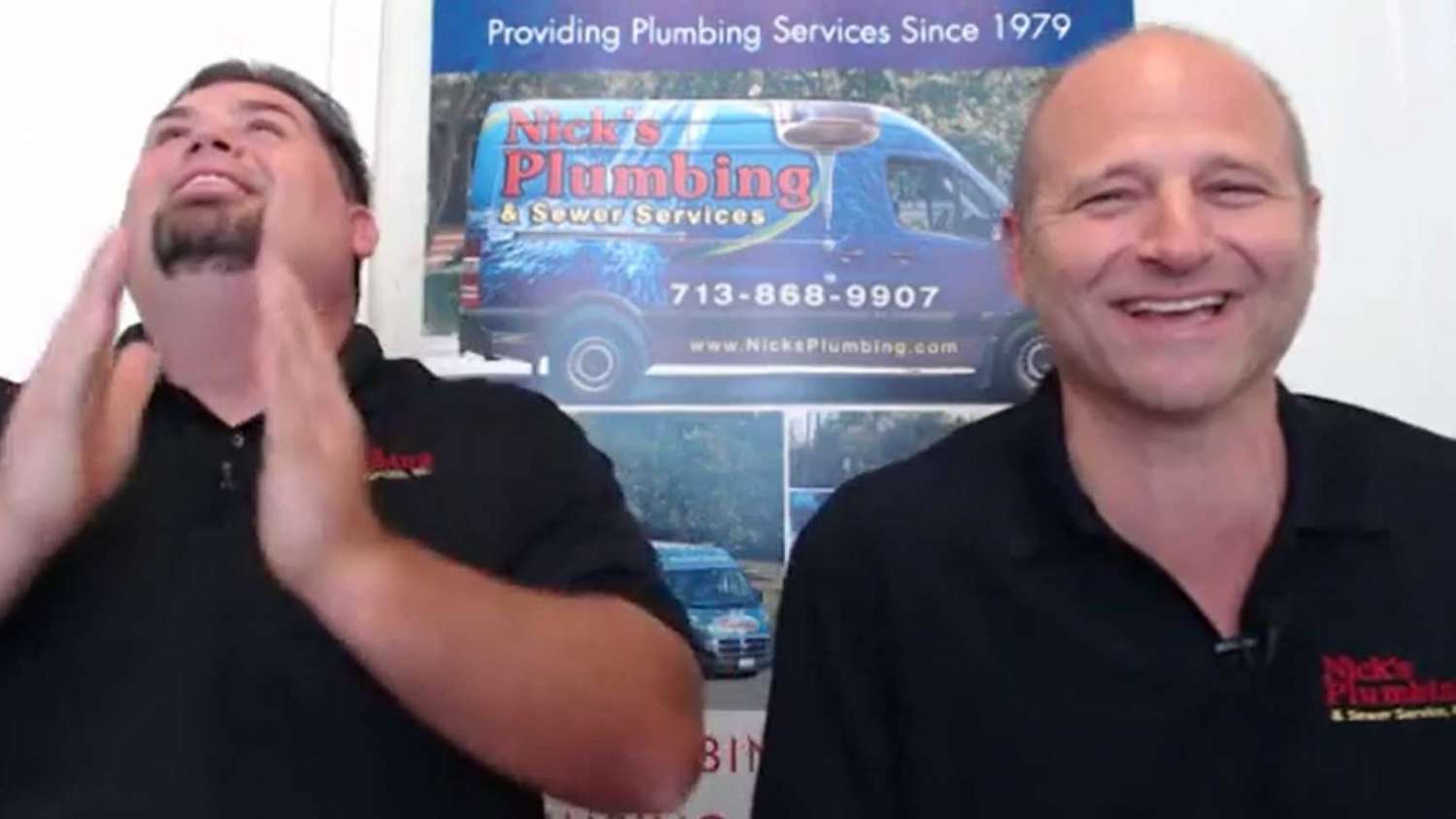 What Is Hydrojetting And How Can It Help? 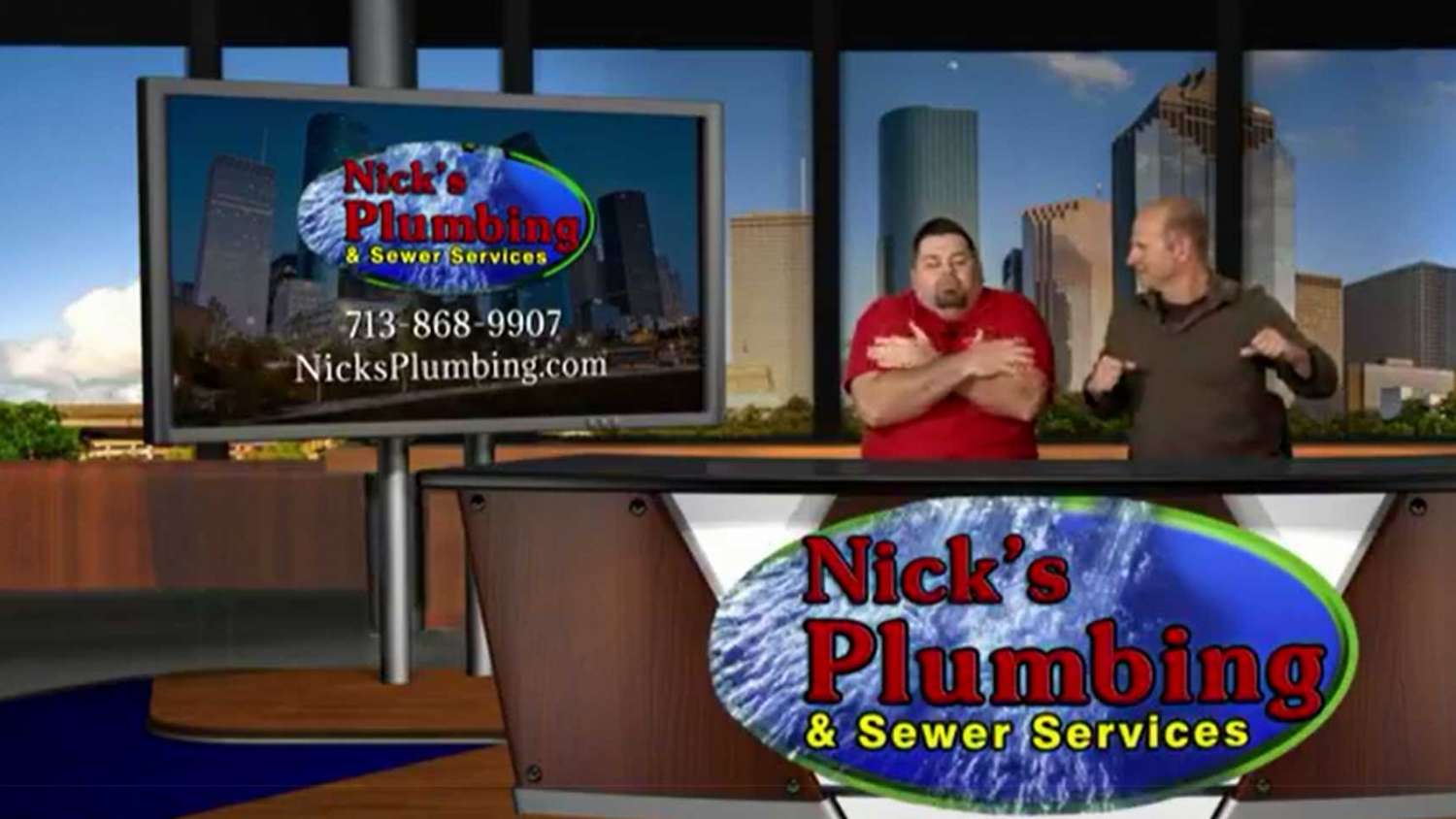 Preparing Your Plumbing For Winter