Home » News & Updates » How Do I Know if My Garbage Disposal Needs to be Replaced?

One of the questions we hear a lot is, “what is the lifespan of a garbage disposal?”. When professionally installed and properly maintained, a garbage disposal has a lifespan of ten to fifteen years. Some higher-horsepower units, and those of stainless-steel construction last longer, where smaller and more inexpensive units quite often fail in the first five to seven years.

Long before they fail, our garbage disposals give out several distress signals to alert us to a problem. From leaks and clogs to strange noises, or “just not grinding like it used to” are all symptoms that it might be time to replace your garbage disposal. So, how do I know if my garbage disposal needs to be replaced?

A leaking garbage disposal could indicate that the interior shell of the disposal itself is cracked. This internal shell protects the motor and its components from water damage, and once breached, the only fix is to replace the unit.

We tend to get used to the sound of our appliances, and when something is a bit ‘off,’ we tend to notice. Rattling and banging sounds when running the garbage disposal could be from a bone or a piece of cutlery that has gone into the drain. If you can not see what is making the sound, or if the disposal is clear of debris, the sound could be coming from the motor of the unit.

Humming sounds with the disposal blades rotating can either mean there is debris stuck in the grinding chamber, or that the motor has failed. Do not reach into the disposal without first turning off the power to the unit to prevent injury.

The whole concept of a garbage disposal is to grind your food waste down to a size and consistency that allows it to flow down the drain. Older units will tend to have duller blades due to regular wear and tear, and units that are too small for the household struggle to keep up with the demand.

When it’s time to replace your garbage disposal, consider upgrading from a ½ horsepower to a ¾ or fill one-horsepower unit. The more powerful disposals are less likely to cause clogs and will have no issue keeping up with the amount of waste flushed down the drain.

If “how do I know if my garbage disposal needs to be replaced?” is a question that has been on your mind, give Nick’s Plumbing and Air Conditioning a call today. We’ll evaluate your garbage disposal situation and provide you with a free written estimate or a free second opinion on a replacement.

3 Signs Your Sewer Line is Clogged 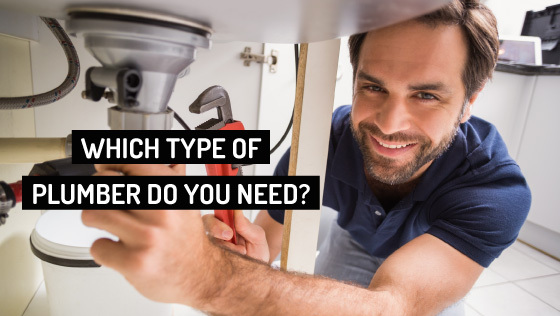 There are Different Types of Plumbers. Which One Do You Need?