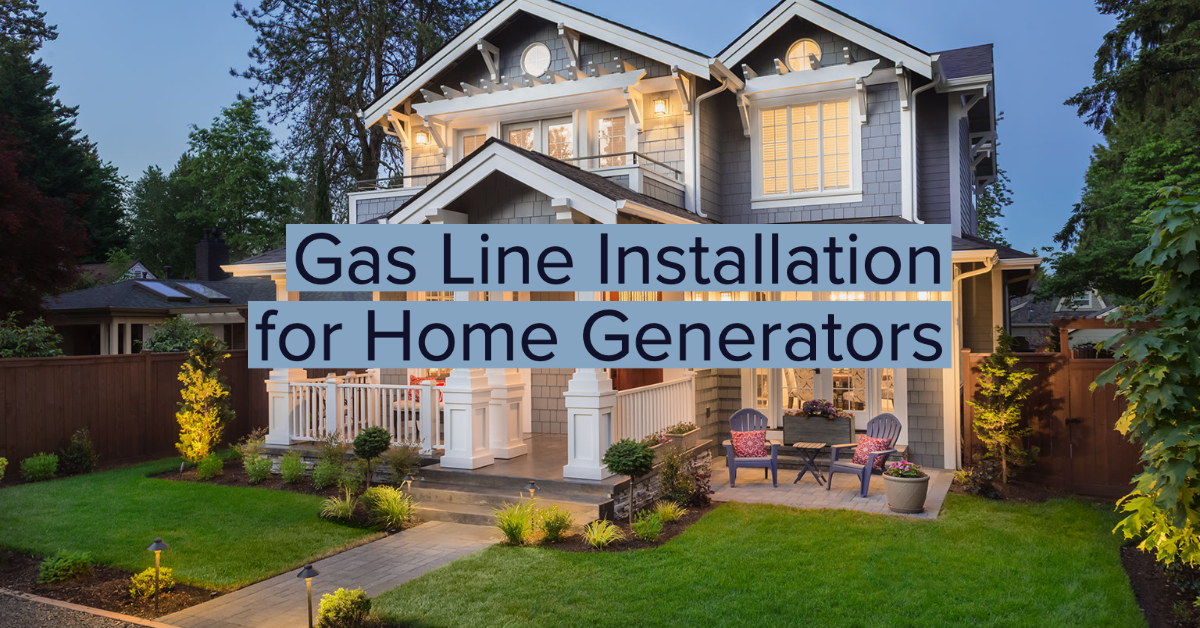 Were you one of the thousands of Houstonians without power for several days during the record-breaking cold spell in February 2021? Do you notice that the lights flicker, and energy to your major appliances gets cut off during even the mildest storms or anytime the wind blows a little stiffly?

If so, you may have done some research on what you can do to keep that from ever happening again. Fortunately, there are many options available to avoid the inconvenience of winding up without any electricity during the next bout of inclement weather.

There is little doubt that we will face another situation where power goes out across the state here in Texas. Texas runs on its own electrical grid, isolated from the rest of the country – meaning we cannot bring in energy from other states when facing a shortage. According to several news stories, Texas was only four minutes away from a complete shut-down of the state-wide electrical grid, which would have taken weeks to recover from.

What Can I Do to Be Prepared for the Next Power Outage?

Even though we knew the frigid weather was on its way well in advance of its arrival, most of us were focused on protecting our plumbing from freezing and burst pipes. No one was expecting the lights to go out across much of the state, least of which being the power companies.

While the occurrences are rare, this isn’t the first time we’ve experienced long-term area-wide power outages in Houston. Shutting down of power plants has caused significant power failures in 1989, 2003, and 2011. Much of Houston was without power for almost a month following Hurricane Ike in 2008.

Install a Standby Generator for Your Home.

You probably think a generator large enough to power your entire home must be a giant, noisy, foul-smelling, diesel-powered monstrosity. As little as ten years ago, that would be a true statement, but whole-house power generators have significantly evolved in recent years. Today’s standby generators are much quieter, more efficient, and most importantly, safer appliances than they’ve ever been.

Your new standby generator can run on natural gas, liquid propane, and yes, you can even get diesel units for total “off-the-grid” power independence! The best part about installing a standby generator for your home is the comfort of knowing your electricity service won’t be interrupted next time there’s a blackout.

To install your new natural gas-powered generator, a licensed plumbing company will need to add a gas line to your home. It won’t take long – an hour or two at most—and will probably prove to be the least expensive part of the generator installation process. Once the new gas line is connected to the meter and tested, you’ll be able to fire up your generator and take it for a “test drive.”

The upside to a professionally installed gas-powered standby generator is the convenience they bring when the power goes out. Whether you’re at home or away, when a power failure occurs, your generator will power itself up and switch your home’s electric panel to receive its power from the generator instead of the power company connection.

We’re sure you’re asking yourself how you could have been better prepared? How could you have kept your family warm and prevented the pipes from bursting in the attic? At Nick’s Plumbing and Air Conditioning, one of the answers we’ve provided is installing a standby generator. There has been a high demand for them since last year’s storm.

However, before you run out and purchase the first standby generator you can find, let’s answer some basic questions.

Do I Need a Standby Generator?

Whether or not you need a standby generator is a decision only you can make. For some, never having the inconvenience of being without power for even 4 hours is worth investing in a generator. Even if we never see another weather event like the 2021 Winter Storm in our lifetimes, we can be assured that the power will go out again during a storm at some point.

What Type of Generator Do I Need?

There are three main types of residential generators, natural gas, liquid propane, and diesel-fueled. While solar often gets a cursory mention in many articles about generators, the technology has not yet evolved to the point that it is financially beneficial to install a solar-powered generator.

One of the most popular variations of the standby generator is a natural gas-powered one. As of 2019, natural gas generators accounted for the largest share of overall generation capacity, 43% in the United States. Compared with gas or diesel generators, natural is more cost-effective, efficient to operate, and better for the environment.

When choosing a natural gas generator, the standby version is the most common in residential situations. It is permanently installed. A natural gas line will be connected to the main supply line provided by your local gas service provider.

What Size Generator Do I Need?

One of the most common mistakes is that customers often buy the largest natural gas generator available. That is one solution. However, a more sensible and affordable one is to buy a generator sized to your home’s most essential electrical circuits. That would include those connected to the kitchen appliances, furnace, well pump, water heater, security system, a garage-door opener, and a few lights and outlets. These installations are known as partial house generators.

Generators are sized by kW or Kilowatts—the greater the kW rating, the more items you can power. A generator manufacturer will indicate how many circuits you can power with a specific generator in the product information. This way, you can select only the items you want to power the most. For example, a 7.5kW home standby generator may power eight circuits, while an 11kW generator might power 16 circuits. If your home has less than 16 circuits, you’ll have real whole-house backup power.

I’ve Chosen and Installed My Generator; What’s the Next Step?

After your generator has been installed on your property, the first step is to have a licensed plumber make the fuel connection, such as one from Nick’s Plumbing and Air Conditioning.

The natural gas will be brought in using pipes buried underground. All pipes used for installing your natural gas line must be approved by the AGA (American Gas Association). This ensures that they are made of the highest quality and will be durable. The pipe sizing, construction, and layout must adhere to NFPA (National Fire Protection Association) and City of Houston fire codes. At least one manual shut-off valve must be installed in the gas fuel supply line.

How Much Will It Cost to Install a Gas Generator?

One of the most significant advantages of a standby generator fueled by natural gas is that it is cheaper to run than a gasoline or diesel unit. However, running new gas lines will mean a higher installation cost. The generator’s price, on its own, can range from $4,000-$10,000, depending on the size of the unit needed. The average installation cost of a natural gas generator can range anywhere from $5,000-to $10,000, which includes pouring the concrete slab it must sit atop, running a gas line, and connecting it to your home’s electrical breaker box.

As the temperatures slowly warm and Houstonians begin to forget about the storm’s power outages, don’t lose sight of the importance of investing in a standby generator. Sure, we may not experience that type of extreme cold again in our lifetimes, but when we do have inclement weather, you can be confident that your family’s routine is disrupted.

Let last year’s freeze remind you that now is the time to research and invest in a natural gas generator and be sure to call Nick’s Plumbing and Air Conditioning for help with your generator gas line installation.

What To Do During A Plumbing Emergency

How Are Water Leaks Detected?